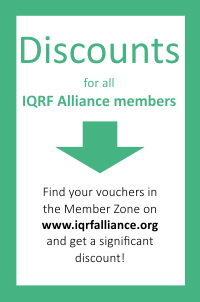 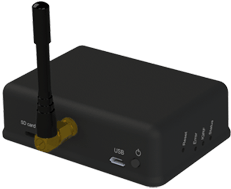 GW-WIFI-02A is a gateway for connection between IQRF and WiFi networks, connectable to Internet and allowing remote monitoring, data collection and control of devices in IQRF network.

User specific functionality can be achieved by SW in internal DCTR transceiver, either under the DPA framework with no programming needed, or fully programmable under OS in C language.

Configuration is possible via internal www server (by common web browsers), IQRF IDE or (especially for troubleshooting) via SD card.

Direct interconnection between IQRF network and a device on Internet/LAN via UDP channel using proprietary documented application protocol. It is also implemented in IQRF IDE which can be used as a ready to use communication tool.

All data incomming from IQRF network is automatically logged in GW (in internal Flash memory).

When the Datalogger is used with IQRF Cloud, the logged data is automatically transmitted to the Cloud server for easy worldwide access. Backward channel (especially to control IQRF end devices from Internet) is supported too.

IQRF DNS server is provided by the IQRF manufacturer. It is intended as a replacement of the Dynamic DNS server for IQRF gateways with Internet connectivity.

This text will be overwritten by jQuery